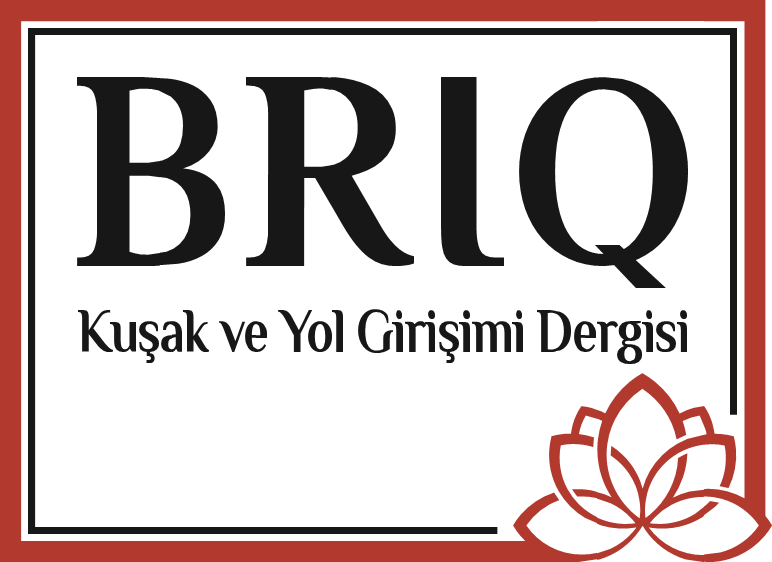 The Belt and Road Initiative Quarterly (BRIQ) has published four issues by the time this report was finalized. This report marks the first year of our journal.
Our first issue features a document entitled “The Principles of Publication”, where we describe the purpose of our journal as follows:

“BRIQ assumes the task of providing a direct exchange of opinions and information among Chinese and Turkish academics, intellectuals, and policy-makers. In the meantime, this journal will serve as a platform to bring together the intellectual accumulation of the whole world, especially developing countries, based on the Belt and Road Initiative (BRI), which presents a historic opportunity for the common future of humanity.

BRIQ is also devoted to publishing research and other intellectual contributions that underline the transformative power of public-driven economies, where popular interests are upheld as the basic principle, ahead of individual profit. The fundamental tasks of BRIQ are to demonstrate how BRI can contribute to the implementation of this public-driven model, and to help potential BRI partners, including Turkey, to realize their real potential.

BRIQ stands for the unity of humanity and a new, fair world order. It will therefore be a publication for the world’s distinguished intellectuals, especially those from Eurasia, Africa, and the Americas: the defenders of a new civilization rising from Asia based on peace, fraternity, cooperation, prosperity, social benefit, and common development.”

Moreover, we have re-asserted our defining vision and mission in a recent press release preceding the publication of our first issue: “We have one significant difference that distinguishes us from other journals: BRIQ aspires to become a center of intellectual attraction on a global scale, whose role will be to produce innovative ideas on how the developing world’s demand of for a fair world order can be met! We aim to become a platform where the efforts of Turkish intellectuals –as part of a leading country in the Asian Age– will prove decisive! Our intention is to offer a constructive, constitutive and progressive rather than passive, contemplative, merely critical, and blindly oppositional approach! We are also interested in initiating a sustained dialogue that brings together academics, politicians, and the business world on the matter of possibilities and opportunities offered by the Belt & Road Initiative.

As developing countries, we testify to the development of a global trend that affects each one of us: a profound shift in the global balance of powers and the rise of an Asian Age on the ruins of the Atlantic-centered world order. What we are witnessing today are also the birth pains of a new World order, which will be felt in the coming decades. The era of “Pax Americana” is over. We are passing through a period in which regional alliances among developing countries have become a decisive factor in world politics.

As developing countries, we all face similar problems. Intellectuals from Asia, Africa and Latin America devote efforts to resolving these problems, but their access to information and knowledge about other parts of the developing world is often filtered through Atlantic-based lenses. In these conditions, it is essential for intellectuals from the developing world to meet together as part of a shared platform for exchange of information and knowledge. BRIQ thus responds to the current need for such a platform that allows us to discuss problems and solutions associated with the creation of new world order.

During its first year of existence, BRIQ has published four issues that successfully fulfills its original vision and mission. These issues stand out on account of the uniqueness of its design, the scope of its special issues, the scientific depth of its articles, and the diverse profile of its authors from different countries. Our contributors include academics from prominent universities based in countries such as China, Turkey, Russia, Iran, Mexico, Australia and Germany. Turkey’s prominent businesspeople have also contributed to our journal by sharing their own practical knowledge and experience. Our first four issues feature a total of 35 peer-reviewed articles, essays, interviews, and book reviews.

The following is a list of all authors and articles featured in BRIQ’s first four issues:

In the beginning, BRIQ initiated its activities with a core team of five people. In later phases, we have built a permanent team of 50 individuals including Advisory and Editorial Board members, editors from Turkey and China, graphic designers, distributors, and advertisement. Today, the total number of our permanent and guest contributors has exceeded 100 individuals.

Thus, BRIQ as an international platform has mobilized its fullest potential to develop alternative proposals for a new world order and to bring a new set of voices from the developing world into the debate. Moving forward to our second year of existence, we have accelerated our efforts to expand BRIQ’s reach to the developing world, not only to China and Turkey, but to Central Asia, East Asia, and even Europe.

The secret of BRIQ’s success does not only stem from the intellectual input of our contributors. Even more important is the ability of our executive team to grasp BRIQ’s true direction of development and deploy the proper strategies to mobilize our fullest potential in an organized manner.

Nowadays, there occurs a deep ideological and political transformation, not only in Turkey but also across the world. Faced with an imperialist siege, various political segments and groups engaged in a war for homeland in the name of the nation and the state have been experiencing a great “leap of consciousness” in Turkey. At first, this leap has occurred among those who are closely involved in the concreteness of the practical reality, namely businesspeople and politicians. It has been gradually improving to incorporate academia and the intellectual life. One could observe an ever-growing intellectual accumulation within the business world as well as politics and academia, which is geared towards understanding the rise of Asia and the collapse of the Atlantic system, while seeking alternative proposals for the collective future of humanity. However, these efforts have been developing without coordination and mutual interaction. Based on its “Principles of Publication”, BRIQ has already taken the first steps to become a global intellectual center, taking special account of the need for such collaborative and coordinated efforts.

BRIQ has already become a high-quality journal that features original and peer-reviewed research articles. BRIQ’s calls for papers aroused much interest in global academic platforms and generated a great number of submissions. The number of citations to our articles is fast increasing thanks to BRIQ’s accessible website and availability in the Google Scholar database. Our calls for papers yielded a high number of submissions thanks to announcements diffused in online platforms such as H-Net: Humanities and Social Sciences Online and the diffusion of our calls within academic communities such as Geopolitical Economy Research Group based at the University of Manitoba School of Economics. These connections were made possible thanks to our access to Asst. Prof. Dr. Efe Can Gürcan’s (BRIQ Editorial Board Coordinator) vast professional networks and academic connections.

BRIQ has fulfilled the conditions for becoming an international peer-reviewed journal. At the end of this year, BRIQ will have finalized its applications for prominent academic indexes such as DOAJ. One should note that the dominance of Western-centric approaches in mainstream academia serves to suppress critical perspectives from the developing world and the publication of articles containing such perspectives in prominent journals indexed in global databases. BRIQ aspires to overcome this barrier by becoming a prominent venue for high-quality academic production and dissemination.

The General Secretary of the Saadet Party personally requested a copy of the first issue of BRIQ. In his meeting with Fikret Akfırat (BRIQ’s Editor-in-Chief), Hasan Ali Karasar (the Rector of Cappadocia University) stated that the university is interested in contributing to the journal by engaging its academic units and faculty members. He expressed his opinion that he considered the journal to be a very successful project. Prof. Dr. Recep Güloğlu (the Vice-Rector of İstanbul University, and Umur Tugay Yücel (the Commissioner of Ministry of Justice, political scientists, and writer), are both interested in BRIQ and personally requested copies of the journal.

Prof. Dr. Ümit Özdağ (Chairman of the 21st Century Turkey Institute and Member of Parliament representing İyi Party, former Editor of The “Avrasya Dosyası” Journal, and founder of the Eurasian Center for Strategic Studies) has requested a presentation from the BRIQ team.

BRIQ has also attracted much attention in Turkey since it published its first issue and has been reported in various news in the national and international press.

The following is a list of web links to the news reports mentioning BRIQ:

Special Issue Call for Papers: The Crisis of the Hegemonic Financial System and the Rising Search for Financial Cooperation in the Developing World
END_OF_DOCUMENT_TOKEN_TO_BE_REPLACED