Special Issue Call for Papers: The Eastern Mediterranean in Transition: Caught between the Atlantic Camp and Eurasia 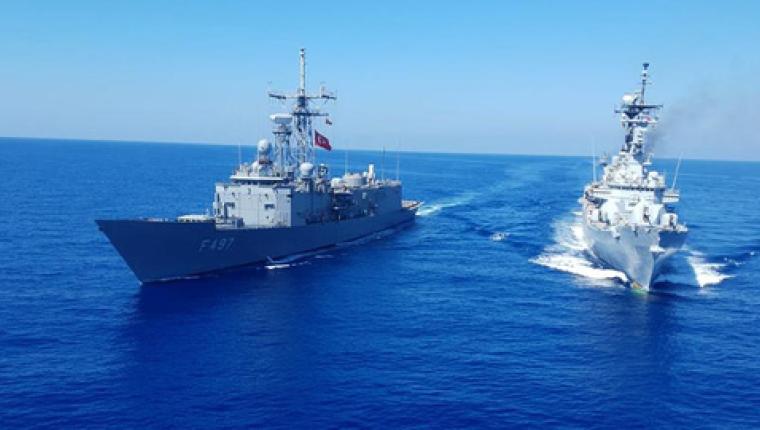 Belt and Road Initiative Quarterly (BRIQ) is currently seeking submissions for the Winter 2022-2023 issue themed “The Eastern Mediterranean in Transition: Caught between the Atlantic Camp and Eurasia”

With the rise of multipolarity in world politics, the US-led Atlantic system of the post-World War II era is rapidly disintegrating. This disintegrating system leaves its place to the rise of Asia, which gives way to the formation of a new front that brings together several countries in Africa and Latin America. This front represents the interests of the entire humanity given that it is characterized by a strong quest for a just, peaceful and solidary world order.

The Atlantic alliance have been ringing alarm bells about the current situation. There emerges a fierce struggle between the United States and what one could call the “humanity front”, which makes itself strongly felt in certain regions of the world. Of particular importance in this regard is the issue of controlling access to maritime resources, energy basins and sea routes, where 90 percent of the world's trade is conducted. The humanity front is struggling to transcend US hegemonism, while developing cooperation on its own seas. This also explains the reason why the 21st Century Silk Road, Belt and Road Initiative (BRI), which is the world's largest multilateral cooperation uniting the continents, is targeted by the US. The Atlantic Front threatens the countries in the region with the use of force in the Baltic Sea, the Black Sea, the Eastern Mediterranean, the Red Sea, the Persian Gulf, the Arabian Sea, the South China Sea and the Arctic Ocean. All of these regions contain sea lines of communication that are of strategic importance to the BRI, which unites countries and peoples on the basis of common development and shared development. Maritime conflicts in these areas do actually concern all countries within the Humanity front.

One of the greatest challenges of the day is how the developing world can improve trade, protect the energy corridors and ensure freedom of travel in the open seas by turning the Mediterranean into a sea of peace against imperialist aggression. With this in mind, BRIQ is open to articles, essays and book reviews on the following topics:

* Opportunities created by the Belt and Road Initiative for the extraction, processing, and transportation of natural resources in the Eastern Mediterranean,

* The strategic importance and potential of the Eastern Mediterranean, which is the intersection point connecting continents and oceans, crucial to developing the ties between Asian, African and European countries,

* Renewal of the Defense Cooperation Agreement between the US and Greece, thereby the United States gaining the right to widely deploy at military bases in Greece;

*The changing balance of forces amidst the 3+1 Platform between the USA, Greece, Israel, and Southern Cyprus in the Mediterranean as well as the consequences of these developments for the rights and interests of Turkey and other states in the region,

* The significance and impact of the struggles in the Eastern Mediterranean for building a fairer international system against the Atlantic Alliance...

* The strategic importance of the Mediterranean for China, India, and Pacific countries in the Belt and Road Initiative.

Special Issue Call for Papers: The Crisis of the Hegemonic Financial System and the Rising Search for Financial Cooperation in the Developing World
END_OF_DOCUMENT_TOKEN_TO_BE_REPLACED