At a time when US ambitions for a unipolar world order have lost their appeal, a new order is taking shape through the multi-polarization of world politics and the acceleration of cooperation between developing countries, rejecting the globalism of imperialist states. Under these conditions, the new agenda of global cooperation should respond to the needs and aspirations of developing countries seeking joint development and solidarity under the guidance of public-driven projects. In particular, the Belt and Road Initiative (BRI) – put forward in 2013 by Xi Jinping, President of the People’s Republic of China – provides a suitable opportunity and a sound foundation for the implementation of this new agenda of global cooperation.

BRI is an epoch-making move to re-implement the concept of the Silk Road, which dates back 2,000 years, to a time when China was immensely contributing to global prosperity and the development of trade and cooperation. The revival of this concept entails a much more comprehensive approach that also incorporates rail and sea transport, and digital systems.

BRI proposes to bring together over 60 countries across Asia, Europe, Africa, and Latin America – together accounting for half of the world’s production – for prosperity and development at the initiative of China. Unlike the Western-centered world order, BRI seeks peaceful collaboration for improving global trade and production towards common goals for humanity. It firmly rejects crude imperialist exploitation. Two thousand years ago, the Silk Road was a conduit for the flow of gunpowder, spices, silk, compasses and paper to the world. Today, it offers artificial intelligence, quantum computers, new energy and material technologies, and space-age visions to developing countries. In addition,the New Silk Road provides incentives and opportunities for the development and implementation of bio-economic schemes in stakeholder countries against the threat of climate change and other environmental threats that bring the entire ecosystem to the brink of extinction.

Turkey has a significant role – real and potential – in accelerating South-South cooperation. Turkey is conveniently located as Asia’s farthest outpost to the West. It assumes a critical position as a pivotal country on BRI’s North-South and East-West axes. However, China’s development and BRI’s contribution to the future of humanity have remained to a large extent underrecognized and superficially evaluated in Turkish academia, media, and politics. This is mainly because Turkey’s academics, media professionals, and policy makers have been observing China using Western sources. In the same manner, China and BRI’s other potential partners have been viewing Turkey through a Western lens.

Belt and Road Initiative Quarterly (BRIQ) has committed itself to developing an in-depth and accurate understanding of the present era, with a particular emphasis on the new opportunities and obstacles on the road to the New Asian Century.

BRIQ assumes the task of providing direct exchange of views and information among Chinese and Turkish academics, intellectuals, and policy makers. In the meantime, this journal will serve as a platform to bring together the intellectual accumulation of the whole world, especially developing countries, on the basis of the Belt and Road Initiative, which presents a historic opportunity for the common future of humanity.

BRIQ is also devoted to publishing research and other intellectual contributions that underline the transformative power of public-driven economies, where popular interests are upheld as the basic principle, ahead of individual profit. The fundamental tasks of BRIQ are to demonstrate how BRI contributes to the implementation of this public-driven model, and to help potential BRI partners – including Turkey – to realize their real potential.

BRIQ stands for the unity of humanity and a fair world order. It will therefore be a publication for the world’s distinguished intellectuals, especially those from Eurasia, Africa, and the Americas: the defenders of a new civilization rising from Asia on the basis of peace, fraternity, cooperation, prosperity, and common development. 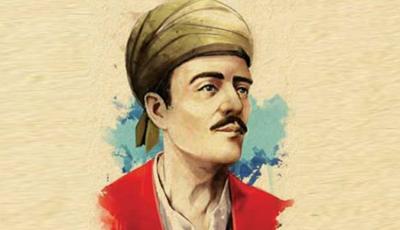