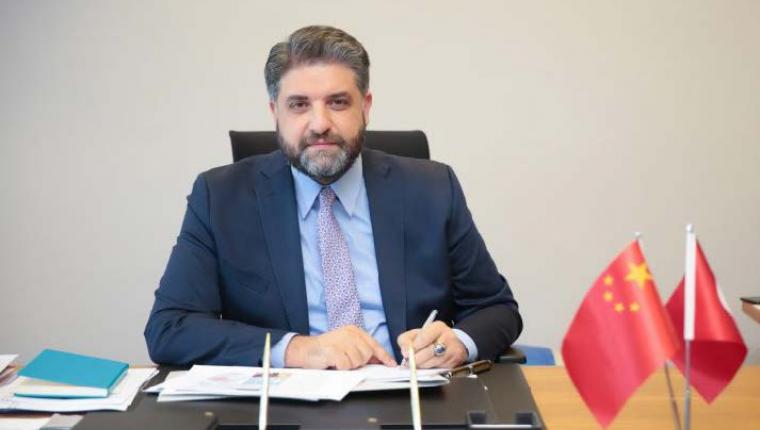 Download
THE LAST SEMI-CENTURY AND THE FUTURE OF TURKISH-CHINESE RELATIONS BASED ON MUTUAL RESPECT AND FRIENDSHIP.pdf

Article by H.E. A. Emin Önen, Ambassador of the Republic of Turkey in Beijing, Written to Be Published on the Special Issue of the BRIQ*
28.10.2021

THE REPUBLIC OF TURKEY AND THE people’ s Republic of China are the heirs of two ancient civilizations at the two ends of the Silk Road. This year, we celebrate the 50th anniversary of the establishment of diplomatic relations (1971) between the two states. In fact, 50 years is a very short period of time, considering the deep-rooted history of both civilizations and their interaction dating back to many millennia. However, the momentum gained especially since 2010, when our relations were upgraded to the level of “strategic cooperation”, is remarkable.

At this point, I would especially like to emphasize that I am honored and glad to be representing Turkey since 1 December 2017 – the day I assumed my duty as the Ambassador of the Republic of Turkey – in the most populous country of the world and in such a historical capital as Beijing.

In this vein, I am pleased to clearly observe that the bilateral relations between the two countries in various fields from economy to trade, and from tourism to collaboration in joint transportation projects have visibly improved in recent years, the contacts at all levels and sectors have intensified, and our cooperation on regional and global issues as well as our bilateral relations has been strengthened. It is quite normal in the course of history for these two dynamic powerhouses, which have achieved a significant progress on their paths of development, to cooperate even more. However, despite the breakthroughs observed in almost every field in the last decade, the volume and level of our relations are still far from reflecting their true potential. This fact requires consideration and more effort.

Turkish-Chinese cooperation has proven to be based on solid foundations, especially in difficult times.

Undoubtedly, diplomacy pursued at the leaders level plays an important role in maintaining the momentum in our rapidly developing bilateral relations and in coordinating our approaches towards complex regional and global challenges. H.E. President Erdoğan and H.E. President Xi held regular consultations by phone calls throughout the year. They have exchanged views on regional and global challenges, while continuing to make joint decisions on issues of common interest. It is obvious that the close dialogue between the two leaders will guide raising the profile of Turkish-Chinese strategic cooperation in the years to come. As a matter of fact, the visit of Foreign Minister H.E. Wang to Turkey in March 2021 and the meetings of H.E. Foreign Minister Çavuşoğlu and Mr. Wang in Tashkent last July also pointed to this situation, and have been very beneficial for Turkey and China to better understand each other’s perspective on important international issues.

Turkish-Chinese cooperation has proven to be based on solid foundations, especially in difficult times. Turkey was one of the first countries to provide much-needed medical supplies to China at the beginning of the Covid-19 outbreak in Wuhan; and when the virus started to spread in Turkey in the middle of 2020, this time China responded in the same way. Afterwards, the Covid-19 vaccine “CoronaVac” produced in China, was used and continues to be used for millions of our citizens in our national vaccination campaign.

Despite the non-disappearance of the pandemic from our lives, and the consequent international travel restrictions and many other challenges, my colleagues at the Embassy and I, are trying our best to advance the positive agenda of our bilateral cooperation, particularly in the areas of culture and economy.
In line with this understanding, in last May, we inaugurated Yunus Emre Institute’s 59th branch in the world and the first center in China, in Beijing, in one of the world’s leading cultural capitals. It is our pleasure that our Chinese friends show great interest in this center, which plays an important role for both communities to get to know each other better.

On the other hand, we are also preparing to open our fourth Consulate General in China in Chengdu, the capital of Sichuan province. So, after Beijing, Hong Kong, Shanghai and Guangzhou, we will be represented in another rapidly developing and important region of China.

We are determined to revitalize our people to people relations as soon as possible, which were interrupted by the pandemic. Resuming the reciprocal flights, whose number was close to 50 per week in the pre-pandemic period, increasing the number of flights and the diversification of the destinations would also elevate the number of Chinese tourists – which reached a record-high level by increasing to almost 600,000 in 2019 – visiting our country and assist us in reaching our target of “1 million Chinese tourists annually”. Facilitating mutual visits would also pave the way for renewed educational and academic contacts.

Our countries, which are the natural heirs of the historical Silk Road, share the vision of integration through Eurasia through comprehensive connectivity projects such as the “Middle Corridor” and the “Belt and Road Initiative”.

On the other hand, we put great effort into keeping the economic and commercial ties between our countries as dynamic as possible. In 2020, our bilateral trade reached the record level of approximately 26 billion Dollars, making China the second largest trading partner of Turkey. In line with our aim to stabilize the deficit in our bilateral trade, we are also taking important steps to increase our exports to China. In this context, in the first 8 months of 2021, our exports to China increased by 45% compared to the same period of the previous year and reached 2.4 billion Dollars. Turkey’s exports of food and agricultural products to China increased by 112% in the first eight months of this year, reaching 230 million Dollars. We aim that our exports to China reach the highest level in our history by the end of 2021. We also continue to work on our plans to integrate Turkish export products into China’s major e-commerce platforms to seize the opportunity offered by the new digital economies. In parallel, we encourage more Chinese origin investments in Turkey. I see no obstacles to doubling or even tripling our trade volume and mutual investments with the right planning, determination and sincere cooperation.

We attach great importance to our relations with China also within the framework of our “Asia Anew” initiative, which was launched in 2019 and aims to deepen Turkey’s relations with Asian countries and contribute to economic integration across the continent.

In this vein, transportation corridors are of critical importance. Our countries, which are the natural heirs of the historical Silk Road, share the vision of integration through Eurasia through comprehensive connectivity projects such as the “Middle Corridor” and the “Belt and Road Initiative”. As a part of this shared vision and as a tangible result of our intense efforts to harmonize these two ambitious projects, the first export freight train service from Turkey to China was launched in December 2020. The train reached Xi’an from Istanbul in just 12 days, following the Trans-Caspian East-West Central Corridor via the Kars-Tbilisi-Baku railway. Efforts are underway to increase the number of these freight trains in the upcoming period. Greater use of this rail link will enable Turkish and Chinese products to be delivered to their respective destinations more easily and quickly and will also make a great contribution to eliminating the ongoing vulnerabilities in global supply chains.

We celebrate the semicentennial anniversary of our diplomatic relations, we should plan and gradually put into practice the foundations of the steps to be determined in the light of the “win-win” principle, which will ensure the further deepening of the ties between our two countries in the next 50 years.

The importance of the Xinjiang Uyghur Autonomous Region of the People’s Republic of China for the Belt and Road Initiative is enormous with its logistics, economic and cultural dimensions. A significant part of the Uyghur Turks, who are one of the essential elements of the Belt and Road geography, live in Turkey.

Therefore, we attach special importance that the Uyghurs and the other Turkic peoples living in China, with whom we have undeniable linguistic, religious, historical and cultural ties, live in peace, security and prosperity as equal citizens, fully enjoying their rights arising from national and international law, develop and transfer their culture to new generations, make the best use of the development of the region and hence contribute to our relations with China. In our contacts with the Chinese side, we regularly discuss the issues that we believe need more effort in this regard, especially the ones related to Turkish citizens. I believe that the establishment of a constructive and result-oriented dialogue on this matter, as in other aspects of our bilateral relations, will positively affect our relations.

To summarize, the strong mutual political will to develop our relations, manifested especially in the last fifteen years, has been further strengthened by intense high-level political contacts, and paved the way for our cooperation in many areas. It has been proven in the turbulent environment created by the pandemic that our bilateral ties are built on strong foundations. Increasing high-level engagement at the political level and strengthening social contacts in many fields such as tourism, culture, civil aviation, science and technology give us strong clues that the next half century will be much more valuable for Turkey and China. Therefore, as we celebrate the semicentennial anniversary of our diplomatic relations, we should plan and gradually put into practice the foundations of the steps to be determined in the light of the “win-win” principle, which will ensure the further deepening of the ties between our two countries in the next 50 years.

*Spots have been added by BRIQ.

Abdulkadir Emin Önen was born in Ankara on 15 March 1976. He completed his undergraduate education in Public Administration at Istanbul Fatih University, Faculty of Economics and Administrative Sciences in 2001. He received his master’s degree in Political Science from the Fatih University in 2010. His dissertation is entitled “Asian Perception in Turkish Foreign Policy since 2003”. He established his own consulting company in import and export business in China/Guangzhou. He was elected as Member of Parliament from Şanlıurfa for the 23rd and 24th Parliamentary Terms, Justice and Development Party. He served as Vice-President of the Asian Parliamentary Assembly (APA) in 2009-2011. He was the Chairman of Turkey-China Inter-Parliamentary Friendship Group and President of Turkish Group at Parliamentary Assembly of the Organization for Security and Cooperation in Europe (OSCE PA) between 2011 and 2015. He also served as Vice-President of the Parliamentary Assembly of the International

Organization for Security and Cooperation in Europe (OSCE PA) between 2013 and 2015. Mr. Önen serves as Ambassador of the Republic of Turkey to the People’s Republic of China. 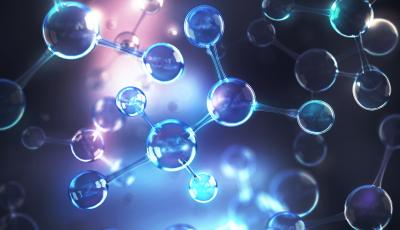