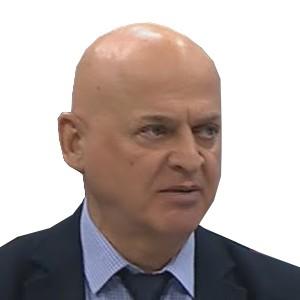 Emin Gürses was born in Rize, Turkey. He graduated from the Institute of Education (HND, Rize,1975-1977) and completed his B.Sc. at Marmara University (1980-1984). Gürses visited Hammersmith & West London College for a study program (1985-1988) and completed a Pg.Dip. Economic Development at the Polytechnic of North London (1988-1989). He holds an M.A. degree in Politics from the University of London (1989-1990) and a PhD degree in Politics & International Relations from Boğaziçi University (1991-1995). During his doctoral studies, he visited the London School of Economics between 1992 and 1994. He thought at the University of Istanbul, Department of International Relations (1997-1998). Since 1999, he has been teaching at Sakarya University and Yeditepe University as part of the Department of International Relations. Besides, he also lectured at National Security College. His articles include: ‘Paradigms in International Relations’; ‘Centrality of Central Asia’; ‘Realism and Idealism in U.S Foreign Relations’; ‘Competition vs. Security in the Balkans’; ‘Ankara Moscow Relations: From Solidarity to Containment’, ‘Geopolitical Rivalry in Eurasia, The Rise and Fall of Violent Kurdish Nationalism in Turkey”, ‘Ideological Basis and Tactics of the Organized Ethnic Terrorism: The Cases of IRA, ETA, PKK’, ‘Mackinderian Geopolitics, ‘NATO and Greater Middle Eastern Project’, published in journals. He has published several books, including ‘Anatomy of Separatist Terror: IRA, ETA, PKK(1997); Nationalist Movements and the International System(1998); and, Human Rights Diplomacy(2000), New Middle Eastern Map (2012), International Relations:Theory-Practice (2019). He is one of the specialists on intelligence and psychological warfare in Turkey.

11/11/2020
The Geopolitics of Separatist Movements in Eurasia

Special Issue Call for Papers: The Eastern Mediterranean in Transition: Caught between the Atlantic Camp and Eurasia
Sat, 10/15/2022 - 00:00
END_OF_DOCUMENT_TOKEN_TO_BE_REPLACED