A Thousand Readers, A Thousand Hamlets: A Chinese Scholar’s Response to the Ten Hot Issues about the Belt & Road Initiative 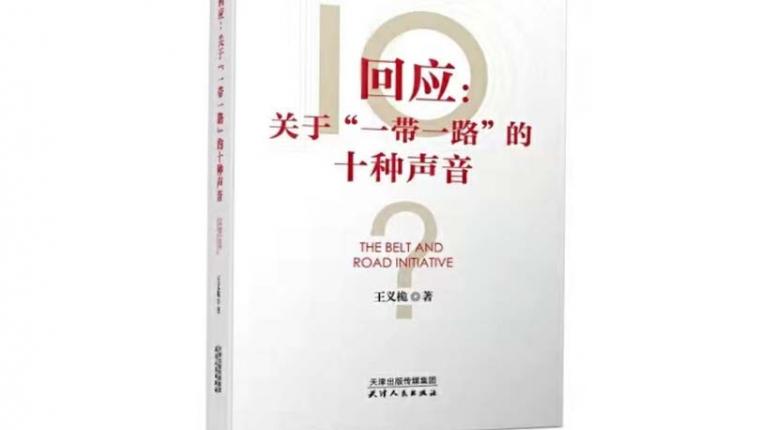 Download
A Thousand Readers, A Thousand Hamlets A Chinese Scholar’s Response to the Ten Hot Issues about the Belt & Road Initiative.pdf

SINCE 2013, THE BELT AND ROAD Initiative (BRI) has become a pressing concern for the international community. The BRI is an international cooperation initiative put forward by China in response to major changes and new challenges unique to the present. There have been multiple voices doubting, misunderstanding, and criticizing the initiative from home and abroad. In response to this, Professor Wang Yiwei, who co­mes from the Chongyang Institute for Financial Studies and National Academy of Development and Strategy at the Renmin University of China, has systematically responded to various questi­ons from the Chinese people, Western countries, and countries along the BRI in his book, Respon­se: Ten Voices on the “Belt and Road Initiative” (2020). The book examines what the initiative is, its purpose, and how to promote it.

In chapter 1, the author questions whether the BRI should spend its money on foreign invest ment. For some Chinese people, the domestic economy is facing downward pressure and needs investment, so why should China turn outwards? According to Prof. Wang, the initiative is desig­ned to tackle two major domestic problems: the country’s unsustainable development model and the effects of globalization. Consequently, Chi­na’s development has transformed from a model relying on export and foreign direct investment to a model of investment and innovation with a long-term aim of building inclusive globalization to fight against protectionism. Only in this way can China break the containment of some Wes­tern countries. Therefore, investing in infrastruc­ture, energy, ports, and people’s livelihood proje­cts contributing to improvement of their national economy along the BRI countries will help stren­gthen the strategic economic dependence of these countries, form a community of common destiny, and reduce dependence on the West.

Chapter 1 continues by questioning whether this initiative is an over-expanding project. Prof. Wang demonstrates how it is not from three pers­pectives. First, from the perspective of supply and demand, BRI construction addresses China’s over­capacity, the co-construction of China’s high-qua­lity and surplus production capacity, and the need for co-construction in the country’s development. Second, the BRI is not like the Marshall Plan, whi­ch combined economic with military expansion, but an opportunity to reach international public goods, provided by China, for the countries along the route. Third, this initiative is not a political initiative but an economic initiative. Therefore, private enterprises should become the mainstay of the BRI instead of state-owned enterprises. Both parties and participating companies must obtain benefits.

The biggest risk does come from developed countries and their specific issues of debt, stan­dards, geopolitics, and transparency. These doubts reflect the distrust of the Chinese model in develo­ped countries. In this regard, China must open up to the world, for only when the BRI has achieved results and the countries along the route exemplify this development will Western doubts truly disap­pear.

Chapter 2 addresses the fourth question of whether the BRI is like the “Marshall Plan”. Prof. Wang acknowledges that there are similarities between the two projects in promoting economic development, strengthening exchanges and coo­peration between regional countries, and enhancing the regional influence of the initiator count­ries, but the former is fundamentally different from the latter. First, the Marshall Plan, with its Cold War background and ideological color, was part of the US’s aspiration for global hegemony, while the BRI is the outcome of China’s all-around opening-up. Second, the former takes camp and ideology as the criterion of participation, while the latter takes inclusiveness and openness. However, Prof. Wang also suggests that the BRI can learn from the Marshall Plan regarding its implementa­tion and publicity.

The fifth question discusses whether there is a debt crisis in the “Belt and Road” construction. Prof. Wang does not agree with the statement that China is pursuing a “debt diplomacy” through the BRI. First, Western countries focus on this topic to frame other countries. They have done this be­fore, so it is inferred that China will do the same. Second, from the perspective of debt background or debt structure, China is not the largest creditor of developing countries, and the so-called “debt crisis” in the construction of the “Belt and Road” is nothing but alarmist talk. Third, the BRI is “ra­ising chickens and laying eggs” rather than “kil­ling the hen for her eggs”, in that China advocates international cooperation to solve the debt crisis.

The Chapter 2 handles the sixth question, whether the BRI is challenging international rules and the mechanism of the BRI is open and trans­parent. And this initiative is rule-oriented or de­velopment-oriented. These are typical questions from the West after the initiative was put forward. Prof. Wang believes that “China will not and need not start over and overthrow Western rules” (p100). China owns a culture of learning, not one of transmission, meaning China will likely not export its model. The top priority is development rather than rules, and development is the key to solving the problems of participating countries along the BRI.

The Chapter 2 also seeks an answer for the se­venth question about whether the BRI is China’s version of the World Trade Organization (WTO)? Prof. Wang believes that this initiative promotes a new type of globalization, having its own charac­teristics. The BRI brings together the four major civilizations of humankind: Egyptian civilization, Babylonian civilization, Indian civilization, and Chinese civilization. Thus, the logic of the com­mon rejuvenation of civilizations surpasses the logic of modern competition. The BRI creates a civilized order with civilized countries as the ba­sic unit, by this means, international politic leaps from geopolitics, geoeconomics to geo-civilizati­on. From a broad perspective, the Belt and Road Initiative has largely helped landlocked countries access the sea to realize land and sea connectivity. Similarly, it should fit with the local customs and religions and take root in a way that the local pe­ople want.

Chapter 3 addresses the eighth question, does the “Belt and Road” construction damage the en­vironment? In fact, China has the most complex ecological environment and the highest popula­tion density. Relying on its superior application capabilities, China has cultivated the world’s most competitive green, low-carbon technology and sustainable development model. It is in the process of sharing the modernization experience. Therefo­re, on the issue of development sustainability, the author calls on all countries to believe in China with the courage of “the duck” that “witnesses the warmth of the river first in the spring” and actively participate in the construction of BRI.

The author has provided convincing answers, which allows not only foreign readers to understand a real BRI but also allows many Chinese readers to have a deeper understanding of this initiative, China’s development model, and China’s globalization propositions.

The chapter continues with the ninth question, does “Belt and Road” construction lead to differen­tiation? Prof. Wang cites the cooperation between China and Latin America as an example. He po­ints out that China’s BRI is in line with the needs of Latin American countries to respond to the midd­le-income trap. Through the new industrialization road, correcting the Western colonial system, inc­reasing horizontal interconnection, complemen­ting the shortcomings of infrastructure, guiding the flow of hot money to the real economy, curing the chronic diseases of neoliberal globalization, and eliminating the root causes of the global finan­cial crisis, Latin America is actively co-construc­ting the BRI, and development has been achieved. Therefore, this case shows that the BRI will not lead to differentiation.

The tenth question examines whether the cons­truction of the “Belt and Road” creates a strategic dependency on China. The BRI aspires to create “a road of peace”, “a road of prosperity”, “a road of openness”, and so on. It aims to gradually elimina­te the world’s three major deficits: peace, develop­ment, and governance. It also emphasizes strategic docking and interconnection. Its purpose is to eli­minate the barriers caused by geopolitics, elimina­te the pain caused by colonial divide and rule, and finally realize people-to-people bonds.

In general, the book successfully condenses questions about the BRI in China and the world today. Based on years of international relations research and experience in more than fifty count­ries, the author has provided convincing answers to these questions, which allows not only foreign readers to understand a real “Belt and Road Ini­tiative” but also allows many Chinese readers to have a deeper understanding of this initiative, Chi­na’s development model, and China’s globalization propositions.

However, the book also has certain flaws. For example, when the author outlines reasons for qu­estioning the BRI, he always emphasizes the factors of international interest disputes, national strategic layout, and ideological orientation. We cannot deny the misunderstandings brought about by the above factors, but what is more noteworthy is that race, ethnicity, and religion in BRI countries are also important considerations. These factors relate to people-to-people bonds and should, therefore, be the starting point for China to respond to and resolve the voices that question the “Belt and Road Initiative”.

Li Ning is a master’s candidate majoring in World History in the College of Liberal Arts at Shanghai University. Her research fields include
Turkish modernization and Kemal’s reforms in Turkish rural areas, such as the Turkish Ocak, the People’s Houses, and the Village Institutes.

Special Issue Call for Papers: The Eastern Mediterranean in Transition: Caught between the Atlantic Camp and Eurasia
Sat, 10/15/2022 - 00:00
END_OF_DOCUMENT_TOKEN_TO_BE_REPLACED