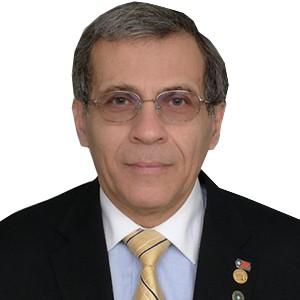 Mr. Kilkis was born in 1949 in Ankara. He received his Ph.D. degree in Mechanical Engineering with high honors from Middle East Technical University. He graduated in 1972 with an honors degree from von Karman Institute for Fluid Dynamics in Belgium- a NATO Research Center. He completed his master degree in 1973 and PhD degree in 1979. Dr.Kilkis who received the Science Encouragement Award from TUBİTAK in 1981 retired from the METU Mechanical Engineering Department as a professor in 1999. Currently, Dr. Kilkis is the member of ASHRAE Building Performance Metrics Steering Committee and the member of ASHRAE Research Journal Sub-Committee. ASHRAE has elevated him to Fellow Grade in 2003 due to his outstanding services and has been named distinguished lecturer. In 2008, he received Distinguished Service and Exceptional Service awards from ASHRAE. He is the author of more than 500 papers in several journals and proceedings on a large variety of topics, and has several patents pending on green buildings, solar trigeneration, heat pump coupled cogeneration, and low-exergy HVAC systems. Dr. Kilkis has been appointed to the Executive Committee membership of the European Union Solar Thermal Technologies Platform in 2015. Since his commencement of this duty in 2018, he became the Vice Chair of Renewable Heating and Cooling Committee (RHC). He also served Turkish Society of HVAC and Plumbing Engineers at a capacity of President between 2017 and 2019.

06/06/2022
Green Hydrogen: The Common Thread Of The Belt And Road Initiative
12/07/2021
The Relationship Between Climate Emergency, Pandemics, and Buildings: COVID-19 Has A Vaccine Now But Climate Emergency Has Not
25/03/2021
The Black Sea: A Sea of Energy, Prosperity, and Peace

Special Issue Call for Papers: The Crisis of the Hegemonic Financial System and the Rising Search for Financial Cooperation in the Developing World
END_OF_DOCUMENT_TOKEN_TO_BE_REPLACED