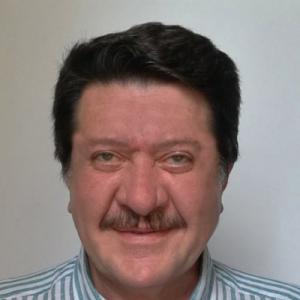 Mr. Akfırat was born in 1957 in Gaziantep/ Nizip. He completed his B.A. in Economics at Boğaziçi University. He served at various platforms including management in press and broadcasting organizations. His articles was published in many newspapers and magazines. At the same time, he is Patriotic Party’s representative of the People’s Republic of China. He is also guest researcher at Shanghai University Center for Turkish Studies. He holds the presidency of executive board of Turkish Chinese Business Matching Center (TUCEM) which works coordinately with the Ministry of Industry and Technology and the Undersecretariat of Foreign Trade.  He is chairman of the Turkish-Chinese Business Development and Friendship Association which is founded by businessmen. At the same time, he provides so many private companies which are in service between Turkey and China consultancy service. He speaks advanced level of English and Chinese.

09/10/2020
Chairman of BMC Executive Board Ethem SANCAK: ‘‘The Two Wings of the Asian Eagle, Turkey and China’’
23/09/2020
Chairman of the Board of Directors of Onur Air Cankut BAGANA: “If Turkey Defines and Sets the Goals That Will Make A Difference in the World, It Will Benefit From This Crisis!”*

Special Issue Call for Papers: The Crisis of the Hegemonic Financial System and the Rising Search for Financial Cooperation in the Developing World
END_OF_DOCUMENT_TOKEN_TO_BE_REPLACED